these batterys any good? 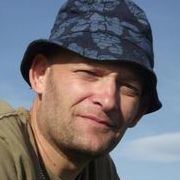 By crosser,
May 26 in Boat Building & Maintenance