The one, the only, Dalmuir drop lock! 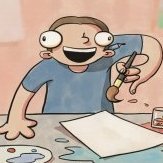 By ronnietucker
December 26, 2017 in General Boating