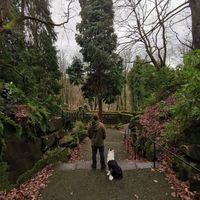 By Unicorn Stampede,
September 22 in Stoppages