The history of our 90 year old narrowboat 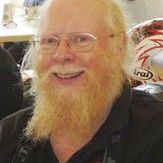