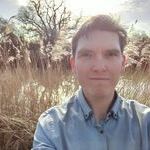 By David Mutch,
January 16 in BMC