Gas water heaters.. got me thinking 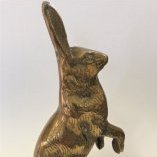