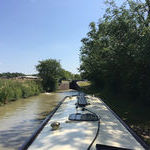 Watering can old style for painting

By Cruiser_Boy, June 2 in General Boating